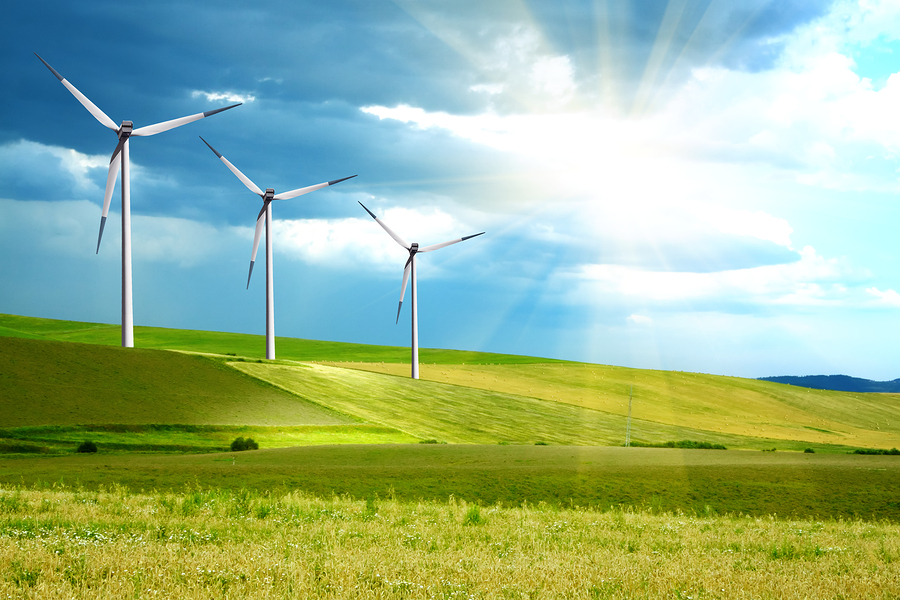 Wind energy is a clean renewable form of energy that has a low environmental impact and high economic benefit. While it is not zero carbon energy because of the construction and decommissioning involved in creating wind farms, it is still the lowest generator of carbon footprints among all forms of renewable energy sources.

What is wind energy in terms of its ability to generate electricity for homes and businesses? It is harvested in its natural form with the help of a turbine – a structure not unlike an old-fashioned windmill. Typically turbines stands about 80 feet high and employ several blades which are turned by the wind. In recent years much larger turbines have been produced, often for use in offshore settings.

Wind engergy is converted into electricity via a generator located inside the turbine. The power is then supplied to the power grid where it can provide power for homes and businesses while reducing dependence on non-renewable energy sources.

In order to provide the most consistent power supply, wind farms need to be strategically sited in areas that usually see the most regular supply of wind. Offshore winds are ideal and there are turbines in many offshore locations around the globe. Sites are carefully surveyed before wind farms are erected.

Other strategic factors that have to be considered include obtaining permits for the construction of wind farms in the first place, raising funds to pay for the construction and identifying the best suppliers to design and build the farm. Private land owners need to be given the right incentive to lease their property to the wind farm developer. This is beneficial to everyone as new, renewable energy sources are able to be provided and land owners earn revenue for leasing their land for the generation of renewable energy.

What use is wind energy though if it is only available in locations that enjoy consistent wind? Electricity grid infrastructure has a pivotal role to in wind energy production and the siting of wind farms in new settings can require improvements to the electricity grid in a number of areas.

Wind farms offer a tremendous benefit to the economy in that there are more jobs being created in this power sector. Since the United States possesses topography that is wind-friendly, it is promising to be one of the largest producers of wind energy in the future. It has over 20 percent of the world’s currently installed wind farms, following closely behind China.

The United Kingdom is also poised for growth in the wind sector as it is a very windy environment. Wind energy is populating throughout India, Germany and Spain, too.

The United States has enough turbines to provide electricity to over 15 millions homes. The number of homes that will get electricity from wind power is expected to grow worldwide because of how clean and renewable this source of energy is.